There’s something different about living in Rocklin. When you think California, you think Hollywood, you think about glitz, and glam, about warm weather and beach views. You probably don’t think about Rocklin — but you should.

It’s a small town with roots deeply embedded into California’s rich history. It’s almost as old as the state itself and provided much of the rock that went into building San Francisco. Many of these roots show through in Rocklin, though some look much different than before. The Old Union Granite Company Quarry is now a lake in front of the Rocklin Library, though the Finn Hall still stands proudly with the same granite steps that were donated by Finnish Quarry Owners. You can still see the Union Pacific Railroad Tracks off Railroad Avenue. St. Mary’s Chapel, built in 1883, still stands, battle-scarred but proud.

Living in Rocklin is a smart opportunity for sure, with the median housing cost half that of the Bay Area. Career opportunities abound in this region. From skilled tradesmen to insurance agents, industries are booming in nearby Sacramento. The insurance giant Centene Corp recently announced it is building its latest headquarters there. Amazon recently opened a new distribution center which, when running full-tilt, will employ nearly 1500 people. Rocklin puts you in a prime location to access Sacremento’s booming economy, merely 25 minutes away. Plus, the rest of the Bay Area’s booming tech industry means opportunities abound when you’re looking to build a home in Rocklin.

Home, in Rocklin, is away from the hustle and bustle of the big city, surrounded by the beautiful El Dorado National Forest. It’s perfect for anyone who enjoys the outdoors. You can enjoy the gorgeous Quarry Park in your own backyard. While more time on a lazy Saturday afternoon can find you enjoying nature at the Folsom Lake State Recreation Area nearby. To really test your outdoor skills you can go camping at the nearby Emerald Bay State Park, or fishing at any of the numerous rivers, ponds, and lakes in the area. Local fishermen rave about the Bream, Bluegill, and Brook Trout. The weather will be perfect for it, of course, the weather always is. Rocklin boasts a mild average temperature of 68F, with none of the blistering heat waves of other California climates.

Nightlife and Entertainment in Nearby Sacramento

But if it’s nightlife you’re after, Sacramento has you covered. There are tons to do for all ages. Its eclectic music scene covers everything from Tyler the Creator to Zach Deputy. The Ace of Spades Venue was built in 2011 and has already managed to host acts like Snoop Dogg, Papa Roach, Frank Turner, and Rob Zombie. It’s a hugely popular venue that regularly hosts sold-out concerts.

At the Golden 1 Center, however, you can really get that big-show feel. Home to the Sacramento Kings, it also regularly opens up to huge acts like Katy Perry, Miranda Lambert, and Lorde. However, if you just want to catch a game, the Kings can provide. The drama and heart the Kings bring to each game gives you everything you love about basketball.

For a quiet evening in, Sacramento has loads of small, independent theatres putting on everything from the raunchy and risque to the introspective and innovative. Or a diverse route could take you through their rich comedy scene, where you can find the newest up-and-comer, or comedy giants, like Jeff Dunham. This rich and diverse atmosphere can sate any taste, and the short drive just down the I-80 makes it just another great reason to consider living in Rocklin.

Life in Rocklin is Relaxing

Rocklin has a small-town feel with the perks of living near a large city. Excellent amenities, schools, and low crime rates make the area particularly peaceful. For wine lovers, there are two places in particular that can’t be ignored when you’re staying in Rocklin:

If you’d rather spend your weekend golfing, the Whitney Oaks Golf Club is located in the center of the beautiful Whitney Oaks neighborhood. With stunning green scenery, this complete 18-hole course is sure to satisfy your leisure time. For casual golfers, you may find that the new Top Golf location nearby is perfect for an evening out with the family or friends. Your golf balls will have tracking chips in them to count your score, so aim for the targets and experience the fun and competitive golf games they offer.

Rocklin is a place that’s easy to fall in love with. The easy access to the roads and highways make it a prime location to get to anywhere in the greater Sacramento area. Yet even away from the cities there’s so much that makes Rocklin one of the best places to live near Sacramento. It’s parks, rivers, and lakes are gorgeous, and its vibrant community has made Rocklin a thriving, growing suburb in Placer County. All of that makes Rocklin, California, an easy place to call home.

About the Author: John Stark

Looking for a home in Placer County? 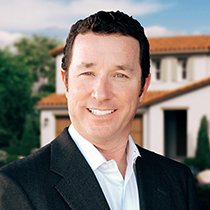